Henry Ford developed a similar plant-based car in 1941, fueled on agricultural residues. A titan in the automotive industry, the hemp car was one idea that never caught on for mass production.

If plant-based cars had started rolling off the line then, “we would not have this climate crisis that we have today. we would have a much safer world,” said Dietzen. Sustainability is exactly what this material can help achieve. Dietzen’s designer cars all utilize carbon-negative technology, which means that they reduce the amount of carbon dioxide used instead of adding more.

Plant-based materials such as hemp are a key countermeasure to fossil fuels and manmade components such as plastic.

Even using lightweight material such as carbon fiber to manufacture cars, though it can save gas mileage, comes with a drawback. On average, producing a 25-pound carbon fiber car hood generates about 500 pounds of carbon dioxide into the atmosphere.

Since Dietzen’s cars are made from hemp fibers and held together with a soy-based epoxy, the plant materials take carbon dioxide out of the atmosphere instead of creating even more.

Automobiles aren’t the only industry that could benefit from the practice. Hemp can also be used to build construction materials, called “hempcrete.”
The inner part of the hemp stalk is mixed with lime to create a replacement for concrete.

The hemp material is extremely durable and can be recycled multiple times, which Dietzen says is more crucial than pushing for everything to be biodegradable. READ THE FULL ARTICLE HERE

We are sorry that this post was not useful for you!

Thanks for your feedback!

Levi’s found a way to make hemp feel like cotton, and it could have big implications for your wardrobe

I love this car it so cool 😎! Can’t wait for the boat! 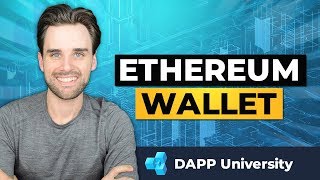 CBD for Diabetes: Prevention, Treatment, How to Use