A court in Florida has ruled that the medical cannabis rules put in place by lawmakers created an “oligopoly” inconsistent with the constitutional amendment that a huge majority of voters approved in 2016.

Florida’s 1st District Court of Appeals has ruled that the legislature-approved medical cannabis rules created an “oligopoly” and are inconsistent with the constitutional amendment approved by voters in 2016, the Orlando Sentinel reports. The regulations, passed during a special legislative session in 2017, required vertical integration – allowing a limited number of businesses to control all aspects of the medical cannabis supply chain.

The case against the state was brought by Florigrown and last year Leon Circuit Court Judge Charles Dodson ruled in favor of the company, deciding that regulations approved by lawmakers improperly carried out the amendment.

Florigrown CEO Adam Elend told the Sentinel the ruling is a “game-changer.”

“It drops a bomb on the current licensing scheme. It’s just changing the whole regime. People are not getting medicine. The dispensaries are out of stock all the time. The products are limited, and the prices are high. That’s what happens in an oligopoly and that’s what we have.” – Elend, to the Sentinel

Joe Redner, a Tampa strip-club operator and one of Florigrown’s owners, called the ruling a “good thing for the state of Florida.”

“If the Legislature can create oligarchies in any field, it’s crony capitalism,” he said in the report. “They’re picking winners and losers. And that’s not fair. It’s not right. It’s not constitutional,”

Redner had previously sued the state – and won – over the ban on patients growing their own medical cannabis. That case was appealed by the Health Department and is still working its way through the court system.

In Tuesday’s decision, judges Scott Makar, James Wolf and T. Kent Wetherell wrote in the majority opinion that the legislature-approved rules “amend the constitutional definition of [medical marijuana treatment centers]” and force cannabis businesses to “conform to a more restricted definition” than the amendment approved by citizens.

While the judges concluded that “it is in the public interest” for the Health Department to license non-vertically integrated cannabis operators “without applying unconstitutional statutory provisions” they are not requiring the agency to act immediately.

In Florida, medical cannabis business licenses sell regularly for about $50 million. The decision will likely cause the prices of those licenses to drop as the Health Department complies with the court decision.

We are sorry that this post was not useful for you!

Thanks for your feedback!

A veteran of the US Army. I have lived in Fl for 28 years and I am well diverse in Cannabis and Hemp. Looking forward to the future.

Many new Vermont hemp farmers gearing up for big season

Federal financial regulatory agencies are clarifying that banks no longer have to take extra steps to track accounts for hemp-related businesses. Before hemp and its derivatives were federally legalized under the 2018 Farm Bill, financial institutions were required to file suspicious activity reports (SARs) for accounts associated with the crop because it was a Schedule I controlled substance treated the same as marijuana. But the Board of Governors of the Federal Reserve System, the Federal Deposit Insurance Corporation, the Financial Crimes Enforcement Network (FinCEN) and the Office of the Comptroller of the Currency, as well as the Conference of State… Read more » 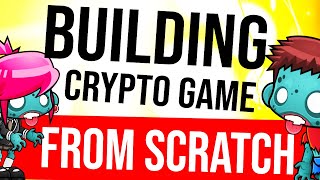